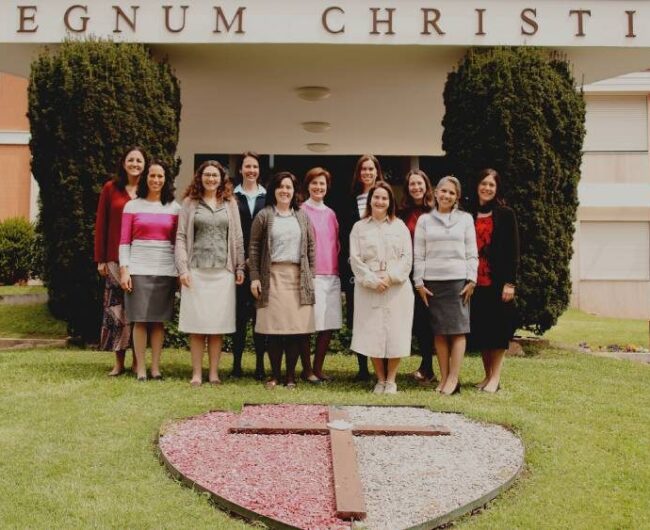 On May 20, 2021, Nancy Nohrden, general director of the Consecrated Women of Regnum Christi received the letter of His Excellency Msgr. José Rodríguez Carballo, O.F.M., Secretary of the Congregation for Institutes of Consecrated Life and Societies of Apostolic Life (CIVCSVA), with the approval ad experimentum of the Constitutions of the Society of Apostolic Life, the “Consecrated Women of Regnum Christi”. The approved Constitutions include some simple amendments requested by the Congregation itself.

The Church usually grants approval ad experimentum to institutions when they are at the beginning of their journey of canonical configuration; this approval has all the validity of a definitive approval, but the institution is given a certain time to verify in life what has been expressed in the rule. This means that what has been seen as a framework, guide and norm for that institute has to be lived. 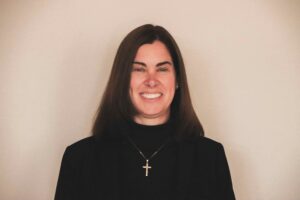 In her letter to the Consecrated Women, Nancy Nohrden says, “Let us give thanks to God for this gift He gives us and may this be one more invitation to ‘live and live abundantly’ this beautiful vocation to which He has called us.”

From January 24 to March 6, 2020 the Consecrated Women of Regnum Christi held their first Ordinary General Assembly as a Society of Apostolic Life (SVA). One of the main tasks was the revision of their proper law. At the end of the Assembly, Nancy Nohrden, delivered the text of the Constitutions to the CIVCSVA for approval.

Pope Francis sent an address at the end of the Assemblies of the Consecrated Women and Lay Consecrated Men of Regnum Christi and the 2020 General Chapter of the Legion of Christ, where he said: “The new constitutions and statutes are truly ‘new’, both because they reflect a new spirit and a new vision of religious life consistent with the Second Vatican Council and the directives of the Holy See, and because they are the product of three years of work, which involved all your communities and led to a change of mentality. It was an event that brought about a true conversion of heart and mind. This was possible because you were docile to the help and support that the Church offered you, realizing the real need for a renewal that would help you break out of the self-referential mindset you had been enclosed in”. 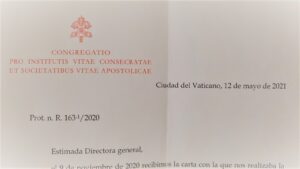 At the 2026 General Assembly, the Consecrated Women will have the task of revising the Constitutions and Rules of Life to be submitted to the CIVCSVA again for approval.

Here is the text of the approved Constitutions and Rule of Life of the Consecrated Women in Spanish. The translations into English are on their way.

You will also find the final Communiqué of the 2020 General Assembly in its final version in Spanish.