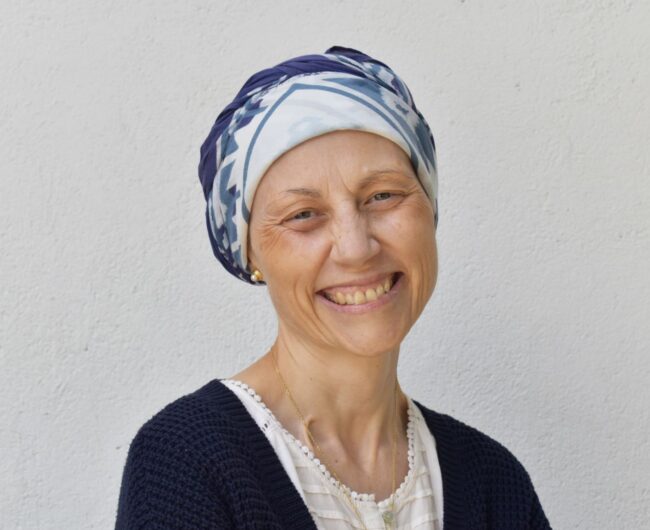 Ana María Romero Mora was born on June 15, 1965 in Madrid, Spain. She is the oldest and has three brothers Antonio, Javier and Alfonso. When she was 13 she got to know ECYD, the Regnum Christi charism for adolescents: “Little by little thanks to Regnum Christi I got to know a Jesus I had not known before, who I knew only at a theoretical level. I was discovering a living person (…),” she said in an interview on Radio Maria. “Around the age of 15 or 16, he conquered my heart: I fell in love with him. And the Consecrated Women became a point of reference for me,” Ana continued. “My relationship with Jesus grew stronger and stronger until I felt that I had fallen in love and my heart desired to be only for him, to give him my whole life. I wanted to dedicate myself to him so others could also have the experience that I had had of encountering his love and of encountering him as a person (…)”. 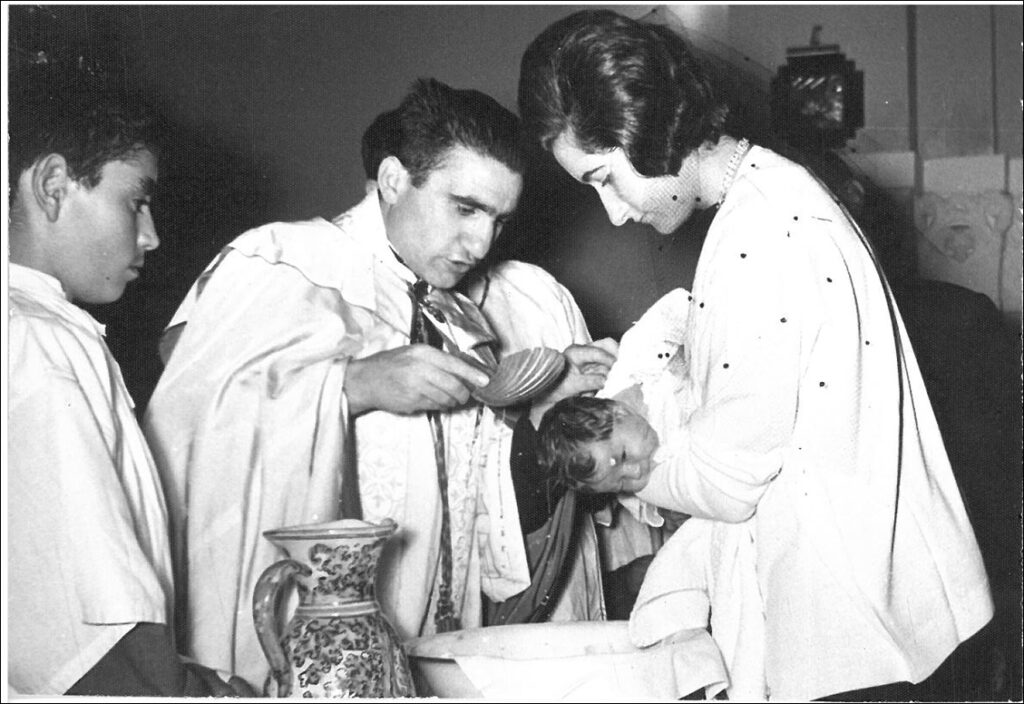 After finishing high school, on October 1, 1983, Ana consecrated herself to God in Regnum Christi. She then moved to Rome to begin her formation. Her first apostolate was as an assistant at the Formation Center in Rome, where she spent several months. She then went to Santiago, Chile to work as an ECYD Assistant for two years, working with the youth..

From 1988 onwards, Ana worked in various places in the area of academics. First, for a few months, at the Colegio Alpes Bugambilias in Guadalajara and then in precandidacies and formation centers in different places. 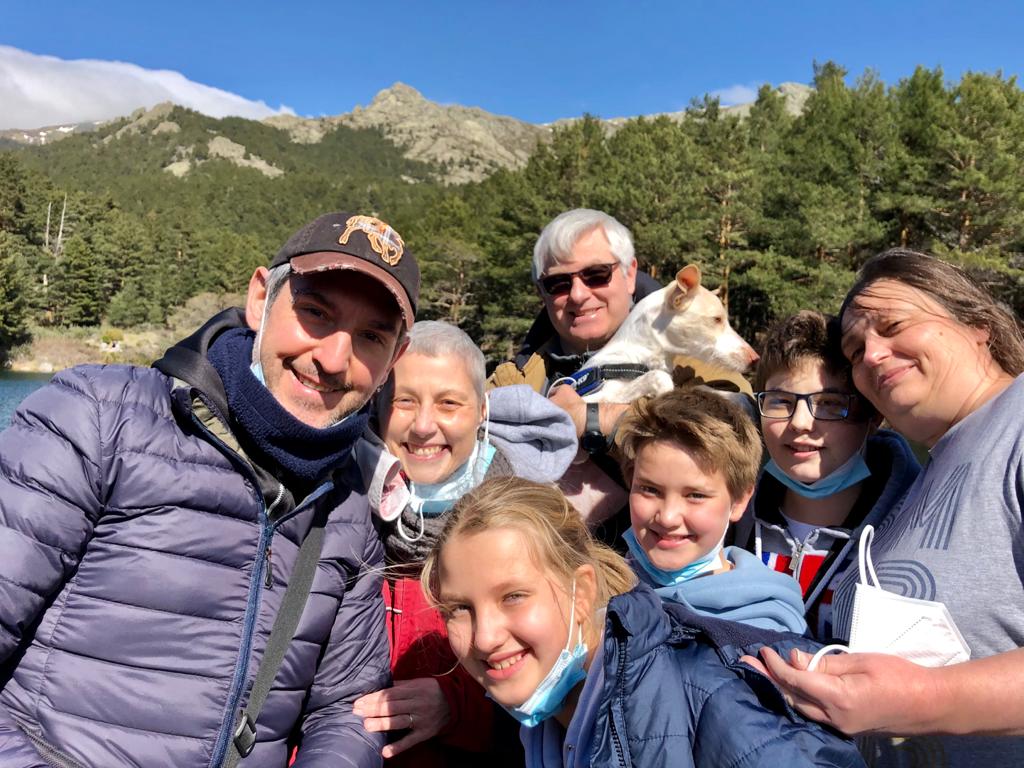 From 2000 to 2003 she worked as an administrator at the CECVAC School in Monterrey. From 2003 to 2008 she returned to the studies team of the Monterrey Formation Center. In August 2008 she went to Rome to work in the General Secretariat team until 2011. 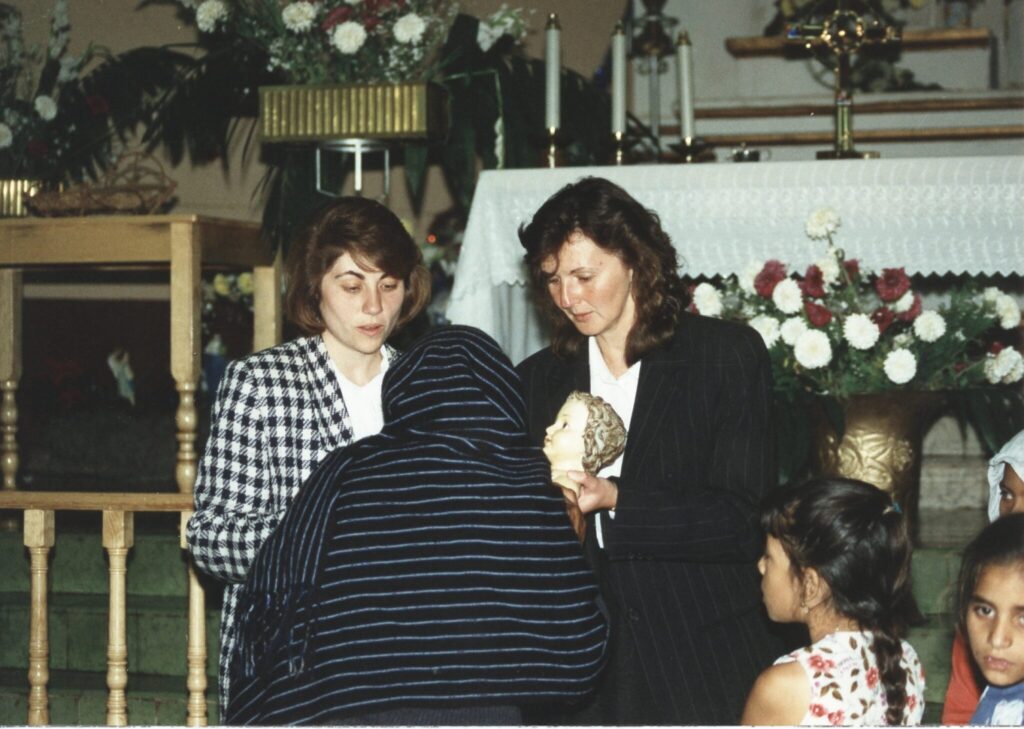 After 27 years outside Spain, in September 2011 she returned to her homeland, where she has lived until now in the Mirasierra community, close to her family. The first years she worked in the territorial secretariat and then in 2015 she began working in the pastoral team of Highlands El Encinar School. A few months after arriving to Spain, she was diagnosed with cancer, which she endured for 9 years. 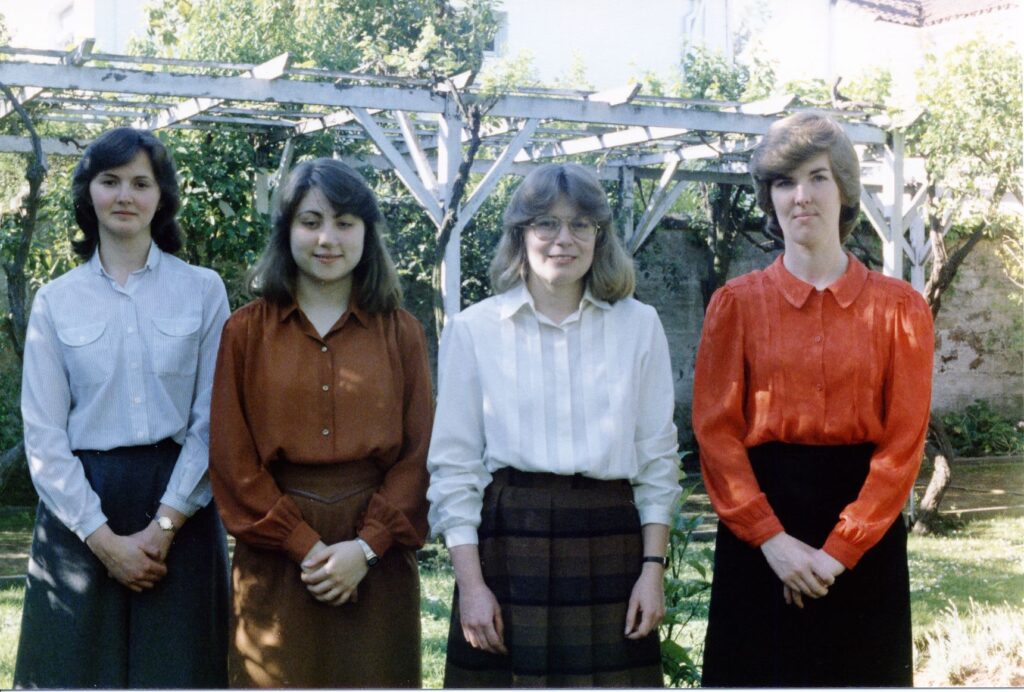 It was during this period that she discovered the Catechesis of the Good Shepherd and the Oratorio de los niños with the Cooperadores de la Verdad. Psalm 22, which has always resonated for her, took on a singular value, and the Lord granted her the grace to realized she had a vocation to work with children. Along with her interest in art and beauty, shared by other members of her family, she focused on bringing the presence of Jesus to children through a language accessible to them.

She passed away and the Lord came for her on April 24, 2021, the eve of Good Shepherd Sunday. Her community accompanied her with prayers and songs of joy and triumph, as Ana had asked, and as they had prepared together.

Her community that accompanied her

During these 9 years of illness, Ana has lived in the community of Consecrated Women of Mirasierra, in Madrid. “The community has been incredible to me,” she said in an interview. “It has been an apprenticeship of 9 years,” she explained, stressing that she is currently one of the eldest, and that it is an area of opportunity “to learn to accompany each other in illness and in old age.” She also recalled that these years have been especially difficult because “they have coincided with our renewal, when many things were questioned”, but that the path has been a learning process for all where “little by little our charism has been emerging. As time has gone by, I have felt more and more accompanied, more understood, more supported, and now there is such an outpouring of affection (…) each one in her own way”, she said. “I think this has been a very good period for all of us. Hard, but as a family. Yes, very good” she emphasized. 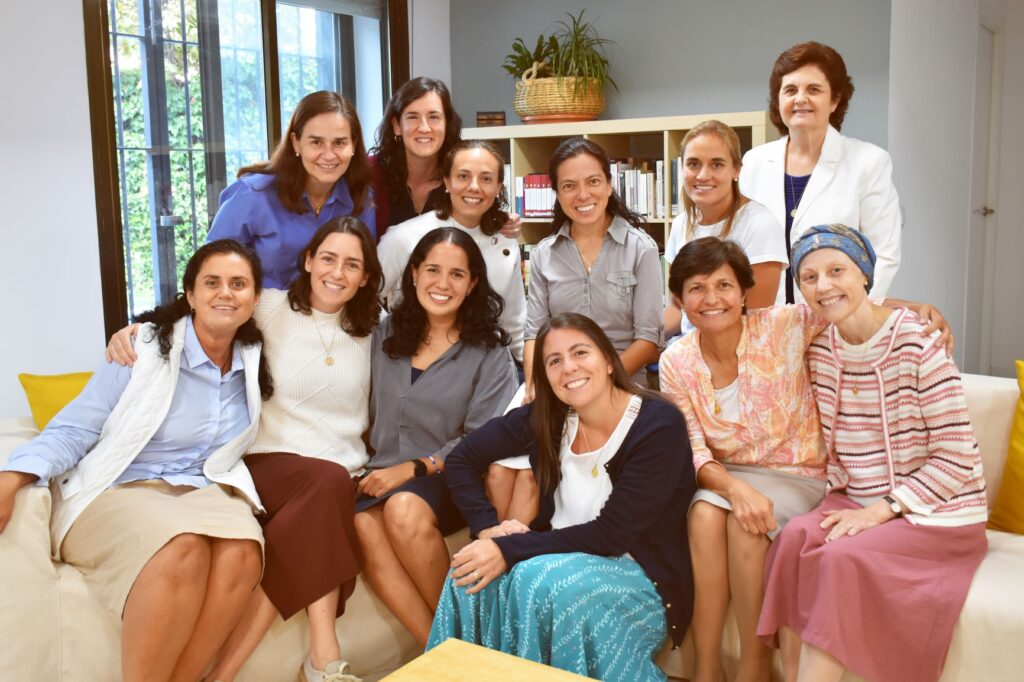 The fruitfulness of life that springs from love.

“To be consecrated is not to do, but to be,” said Ana. She also stressed from her experience of ECYD “that to be a Consecrated Woman of Regnum Christi is to dedicate myself to evangelization, to make Christ known. It is to spread the love of Jesus that I discovered when I was 13 years old, that made me fall in love, and that others may be happy having that experience of God’s love. I picture myself evangelizing, in whatever way I can, making the love of Jesus known”.

Certainly, the disease forced her to reduce her activity, to “not being able to do anything” and “to simply let go of time”. She experienced firsthand “that the fruitfulness of life does not come from what we do, but from the love we put into what we do”. She also explained that the same thing happens with a lay person, and that the added value that a consecrated person brings is “that value of consecration”. At the same time, she clarified that she does not consider this as a higher calling: “Not at all. Each one is called to respond to his or her particular vocation. Being consecrated is simply the path that God wanted for me, and I have been completely happy, I have no regrets about my vocation. (…) I have always loved my vocation very much.”

For Ana, being a consecrated member of Regnum Christi is also “being a part of the Regnum Christi family”, something that “little by little in recent years we have been discovering more”, in the same way that we have been discovering that “each one has something to contribute from her vocation to Regnum Christi, no more than the other” and that “we are complementary vocations and each one brings to the family what they have to contribute”, just as within the family “each one brings the personal charism that God gives them”. 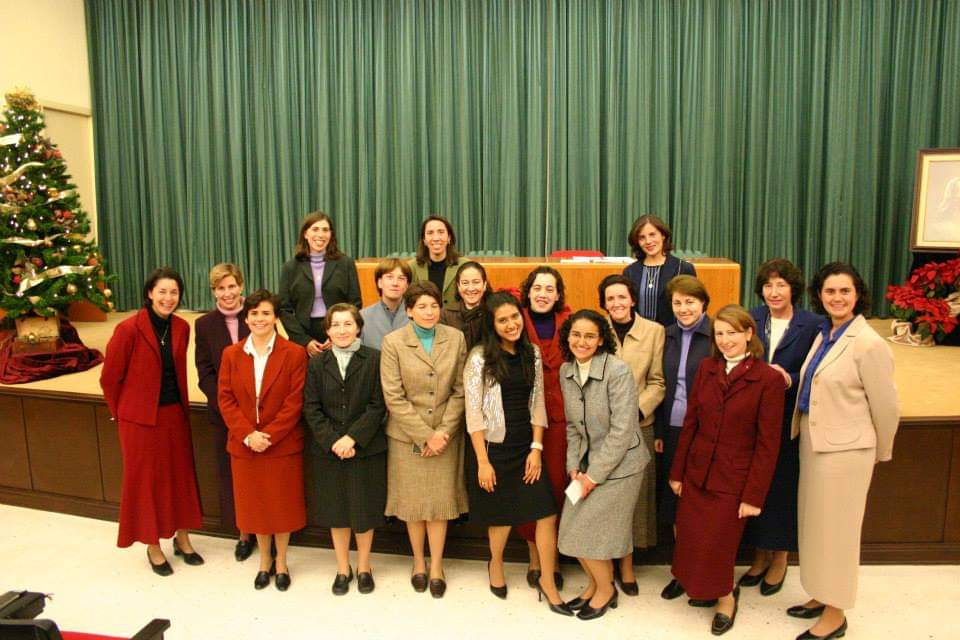 The Good Shepherd, children, and discovering herself called by name

Ana’s WhatsApp profile picture for years has been of her with a little lamb, “because for me it is very meaningful to find myself in a state of vulnerability, of weakness and of needing to be carried by the hands of The Good Shepherd,” she explains.

The Psalm of the Good Shepherd has always been very inspiring for Ana: “I have found myself praying this psalm many times,” she acknowledged, “especially because of my illness”. During the 9 years of cancer, there was a 3-year period where Ana felt much better, and the cancer was actually in remission. “I wondered what mission I could do as a Consecrated Woman,” she says, “because I was very limited.” Yet, the Lord had a gift for Ana, which gradually unveiled itself, and allowed her to experience his love anew.

She was invited to participate in the children’s ministry at The Highlands El Encinar school, and at the same time she learned about the catechesis of the Good Shepherd through Sister María Jesús, who teaches it in Valencia: “I had never thought about pastoral work with children; I had always worked with adults,” she explained, but she admitted that a whole new world opened up for her. “A love for children came to me which I don’t know I had (…) a love that Jesus put in my heart, that I wasn’t looking for”.  At the same time, Ana also got to know the Oratorio de los niños with the Cooperadores de la Verdad“. With these tools and support, she developed catechetical material for young children. 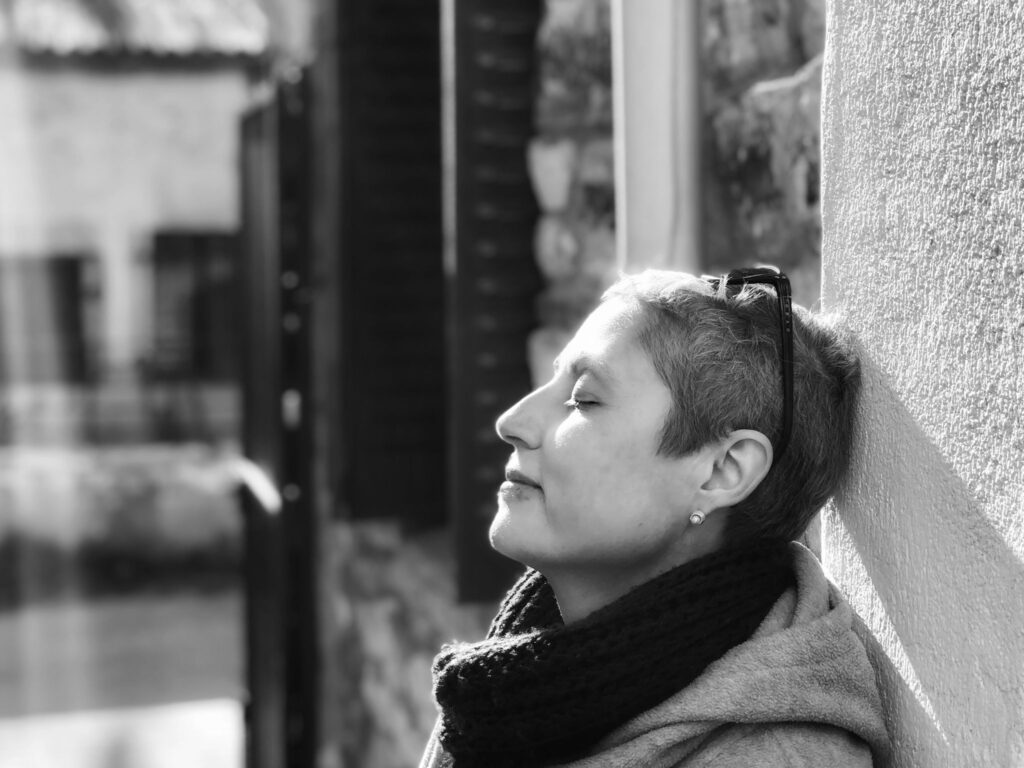 The greatest surprise and blessing was that Ana thought she had discovered a new mission where she could give to others, “and it turned out that I was the one evangelized by the children because I felt loved by the Good Shepherd, called by name, and very much loved. I can say that, through the children, I grew so much in hope: in Regnum Christi, in the mission, in the faith… so much. The Good Shepherd has never let me down,” she said.

We remember our sister Ana with great love and gratitude for the years she gave to her Good Shepherd and so many people she touched through the gift of herself.

This article was translated and adapted from the original in Spanish: https://regnumchristi.es/ana-romero-consagrada-del-regnum-christi-1965-2021-ser-consagrada-no-es-hacer-es-ser